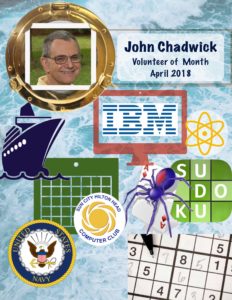 Behind the scenes, our Volunteer of the Month, JOHN CHADWICK, is responsible for populating the Monitor calendar; making  sure the Computer Center is open per the schedule.  The logistics of tracking all the volunteers, who sign up to open the room for classes, help sessions and the Lab is no small task.. Emails go out each week (sometimes several times a week) so that the need for services are met. Without John’s expertise and diligence the room would not be staffed effectively or consistently.

John retired in 2000 after 30 years as a programmer at IBM and moved to Sun City in 2004 from Raleigh, NC. He joined the Computer Club and became a monitor rather quickly. His neighbor at the time handled monitor scheduling and when he moved away, John took over his job and has done it ever since.

John grew up in Annapolis, MD and attended the College of the Holy Cross in Worcester, MA on a Navy ROTC scholarship and graduated with a BS degree in Physics. He then spent five years in the Navy as a flight officer specializing in electronic counter measures and had a cruise to Vietnam during the war.

Kathy and John have been married 51 years and have 3 sons.  The call of the sea never left this sailor as he and Kathy have taken 25 cruises.  Their favorite was a 28 day cruise from Copenhagen to Athens. About five years ago, Kathy became unable to walk because of back problems, so John became her primary caregiver.  John enjoys doing puzzles like Sudoku, Spider Solitaire and Jumble Word. In the past he compiled and computerized both Kathy’s and his genealogies.

Thank you JOHN for your many years of service keeping our Computer Club doors open and monitors on schedule! 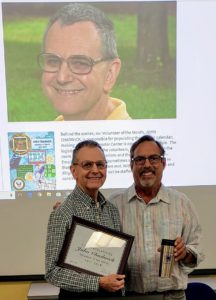 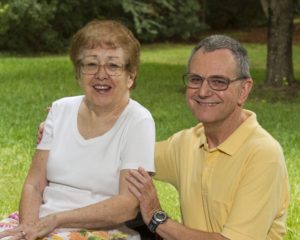